Boltonov is at it again, and he’s got – or rather made – OxidanSky a new booster. It’s a Falcon 9 built along SpaceX’s model rocket kit, but with improved features and build.

Let’s start on the surface, because it’s the first impression that counts, right? The booster has got legs – not foam rubber legs glued to the shell, but LEGS! And for that matter, deployable legs. We’re intrigued!

The shell of the news booster is 3D-printed, which brings us to another issue: Boltonov’s new love affair with 3D-printing which you may not yet be aware of. He spends every waking moment with his printer, a jolly BQ Witbox 2 and is mesmerized by the range of possibilities that it has opened up. Which he puts to immediate use for OxidanSky and spreads on Thingiverse.

So here we go: The shell harbors a dual engine core, because thrust rocks. Or more precisely: We only have access to max. D9 engines here, but SpaceX’s recommendations are more in the range of D12 to rather E or even better F. For the naked version of the rocket.

But you have already met Hedy Lamarr, the famous second stage that currently looks like this:

No need to worry, that’s pretty normal in preparations for a launch. Hedy is just getting a hair-do ;-D

But let’s not get sidetracked. So Hedy is quite a heavy girl, requiring more lift. On aSpIrM-2, the D9 engine could take the whole thing up, but the maximum altitude was just 48 meters and the attitude was a bit wobbly. So how to get more thrust when you have the limitations of the very narrow booster shell, the vending restrictions for engines, and all that shebang? Boltonov was dreaming about a three-core solutions, but this did not work with the diameter as a given. So it had to be just two engines. Let’s face it, that’s not bad. Hedy Lamarr will love the airflow around her head!

Take a look at the dual engine core and how nicely Boltonov fitted it into the model kit components. How awesome is that?

If we move up along the booster, we get to the interstage – another of Boltonov’s masterpieces in 3D design: He integrated an aerodynamic camera bay that can be clicked onto the interstage and also protects the camera from the heat of the engine burns by a very cleverly designed partition. 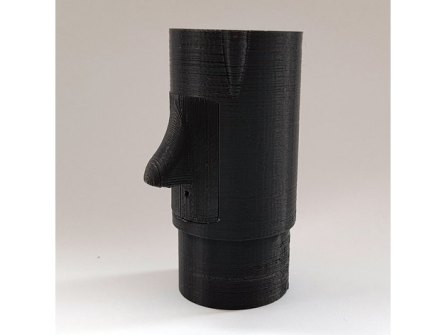 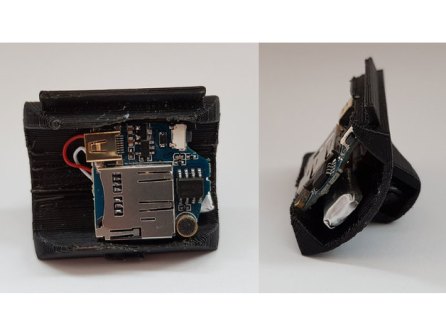 And here’s Hedy, proudly sitting atop the new interstage: 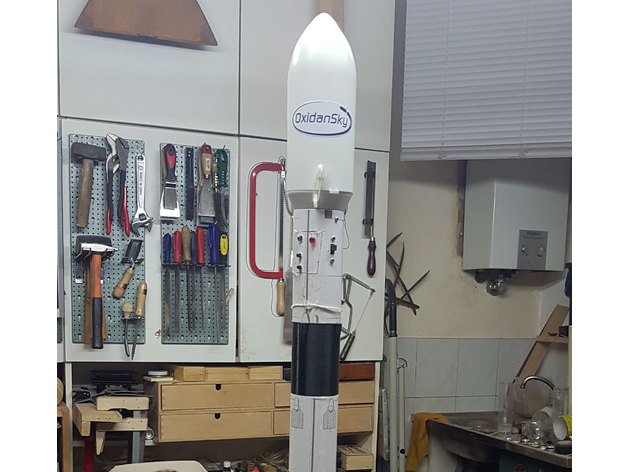 By the way, the new booster is called “Mostly Harmless”, which of course is a reference to the Hitchhiker’s Guide. The maiden flight of Mostly Harmless will be on August 15, 2018 as one of our aSpIrM-3 launches.