Guys, with this test launch we have really earned the title of Parody Space Agency.

We’ve told you all about the friggin’ freezin’ cold and all the weather nastiness in our description of aSpIrM launch-1. But somehow we didn’t want to be sissies because of the temperatures, so we went on with a test launch:

The Great Boltonov, our CTO with hands frozen and shaking, mounted a load of electronics into the payload bay of our Falcon 9 OS1 and had great plans for the test: on-board camera for video downlink, altimeter, and deployment of two parachutes for complete stage separation. OS1 is our flight-proven booster that we had already successfully launched – winewards, as it was.

Well, not all of it. The ridiculous performance of OS1 and our test had two areas of spectacular failure:

Sadly, OS1 suffered severe damage: The whole motor department was destroyed, the rocket body ripped up and one of the fins ejected. It could not be retrieved, not even by Huber Pom, our eagle-eyed Flight Director. The good news is: Boltonov is optimistic that he will be able to recondition the rocket. We call it reusability, ya know 😉

We’ve got another video of the failed launch. We can’t stop laughing when we see the rocket drop like a dead bird:

At the end of the day, we have learned a lot, e.g. that we’ll never do a winter launch again, because it’s just 🎶 too cold to rock’n’roll 🎶 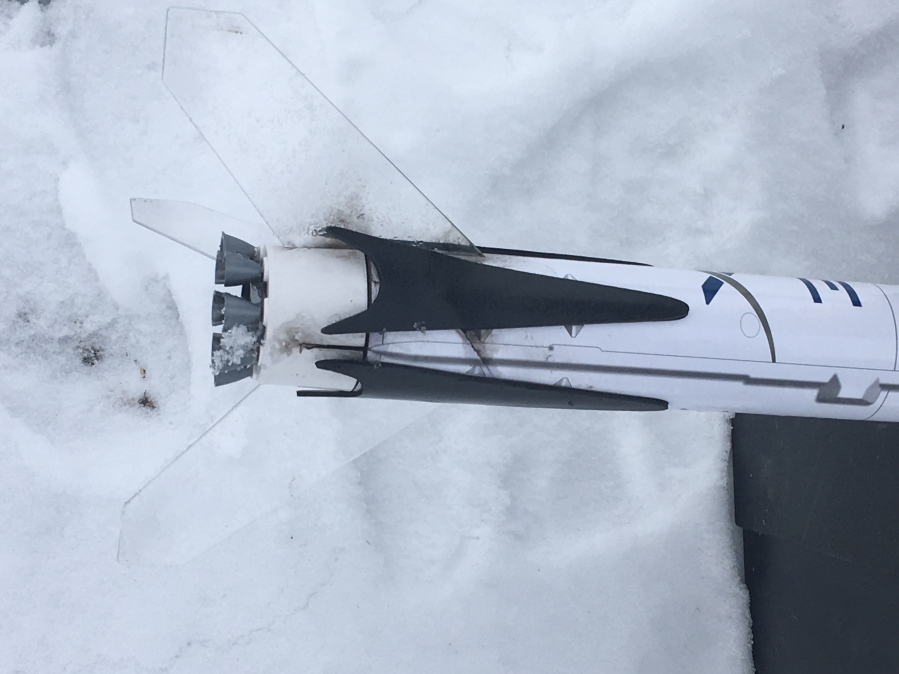